In 2019 as I was joining a new studio I went through the exercise of writing an Origin story. It was fun and interesting to look back and think on the things that led me to where I was. Remembering that I had written that, I thought I should put it up here as well incase anyone who I may get to work with in the future would be interested in it.

There is something utterly spectacular about the act of creating. Like all children I knew this intuitively, but I have come to truly appreciate it as I’ve lived, grown, and crafted my path. Like everyone, I’m a tapestry of ingredients, experiences, and interests. Among all of that, a keystone of who I am, a solid line through my life, is that very drive to create something. 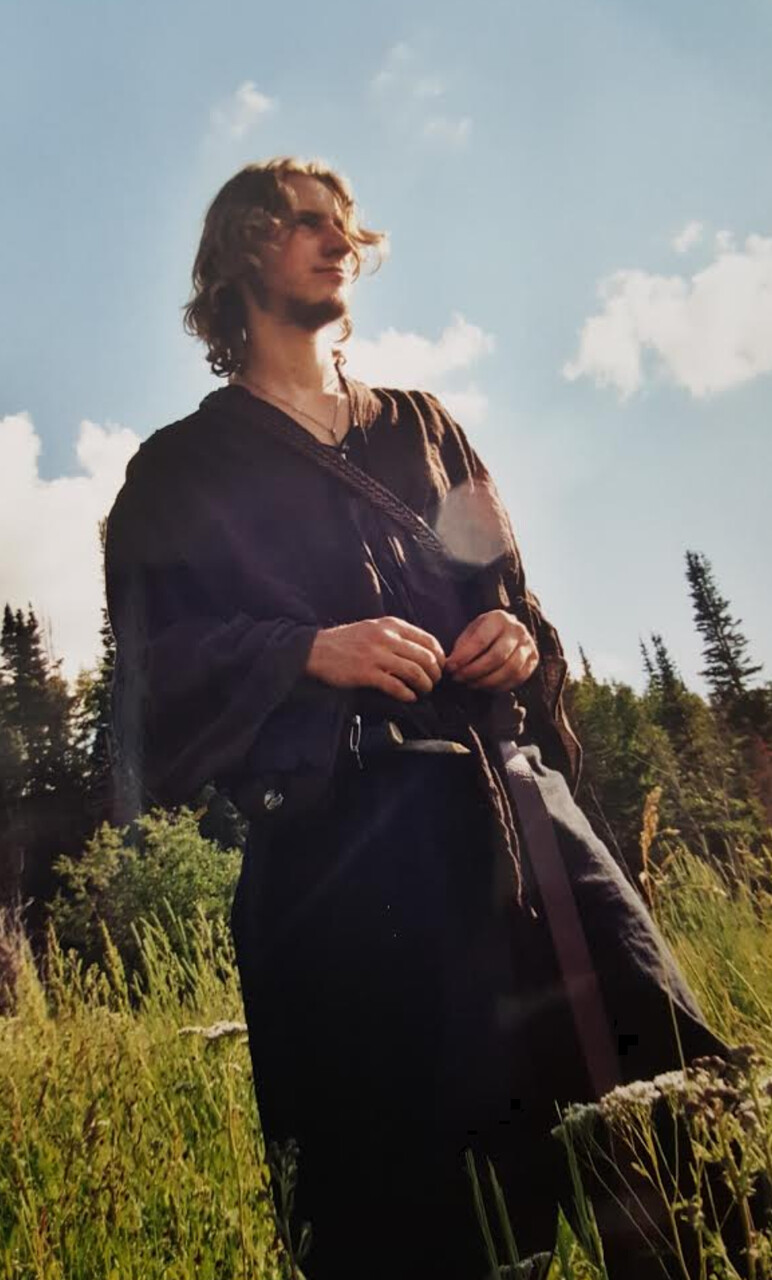 I grew up in Colorado, and have always had a deep love and appreciation for the natural world, and by extension the concept of setting. A place is much more than a location and holds so much; an invisible vessel. Just like how the concept of home is so much more vast than that of a building you inhabit. This, combined with an over active imagination, naturally led me to a strong appreciation of places beyond the horizon, and particularly for rich fantasy worlds. I love good Sci-Fi too, but for me there is something special about fantasy, though I know it comes in many forms and flavors and often less well formed than we’d like.

As a kid I grew up watching my older brother play games — and that has forever imbued some level of socialization into my concept of gaming. The inside jokes, the laughs, and everything else was shared — even silently. Gaming is a door to a huge and ever expanding array of awesome experiences, but the ones I enjoy the best are ones shared with others. 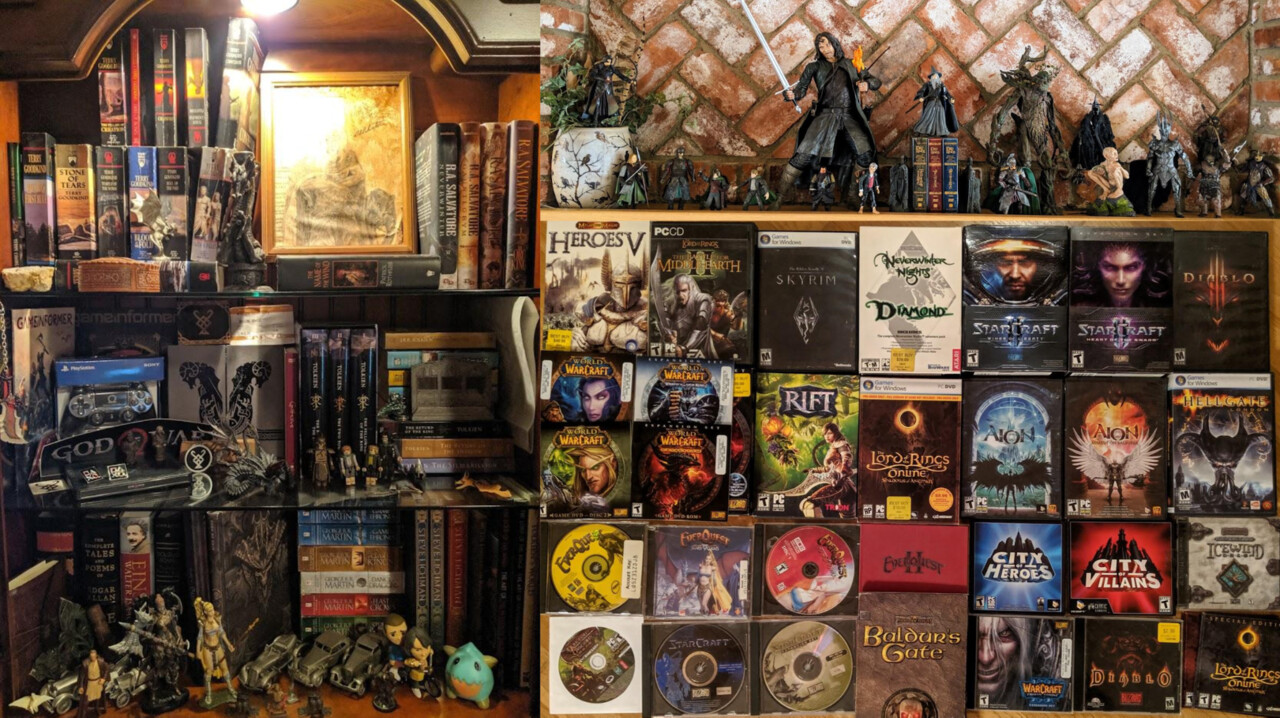 Beyond watching my brother play Final Fantasy, gaming for me really started with MMOs — which were just then emerging (if you don’t count MUDs). I started with Ultimate Online and then Everquest, then on from there over the years. These games naturally scratched multiple itches for me — gaming with social interaction, a love of fantasy, and a desire to explore alternate realities. The days of having enough time to play something like that have long been gone for me, but my nostalgia for the genre is very strong. 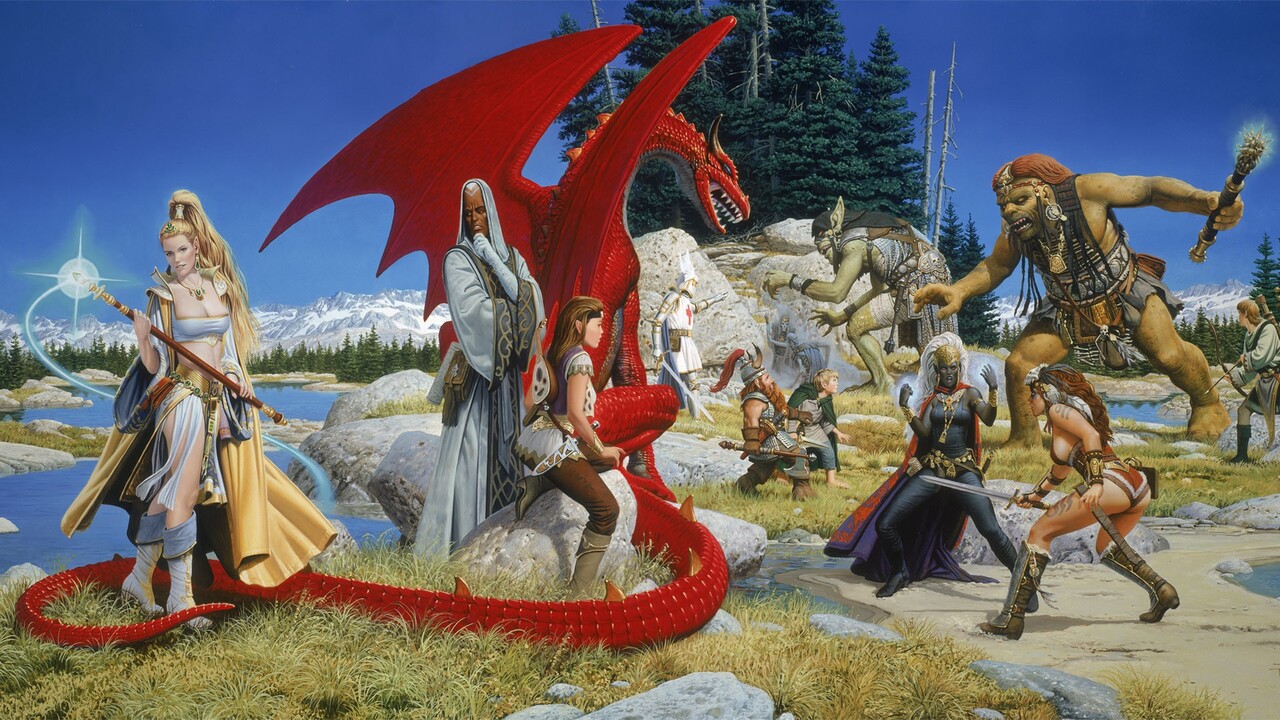 Beneath the uncertainty of youth was an ever-present but unfocused feeling that I’d go into a line of work that allowed me to express and grow that love of creating, of doing things together, and of worlds you could never otherwise touch. That image was murky for me at first, but came into focus when I watched the appendices (behind the scenes) of The Lord of the Rings, starting with the Fellowship.

I got to follow the epic journey undertaken by all of these scrappy, talented, and tenacious people who crafted the films. I learned about the excellent work they did, and experienced the story of how they all did it together. It spoke to me profoundly. It was a watchable example of what I wanted all along, but couldn’t previously put words to.

It wasn’t the medium of film specifically that hooked me, nor that of gaming despite great love for both. It was the idea of creating side by side with amazing people, and the stories we’d have to tell when all was said and done. Watching their journey was when my future came into clear focus. 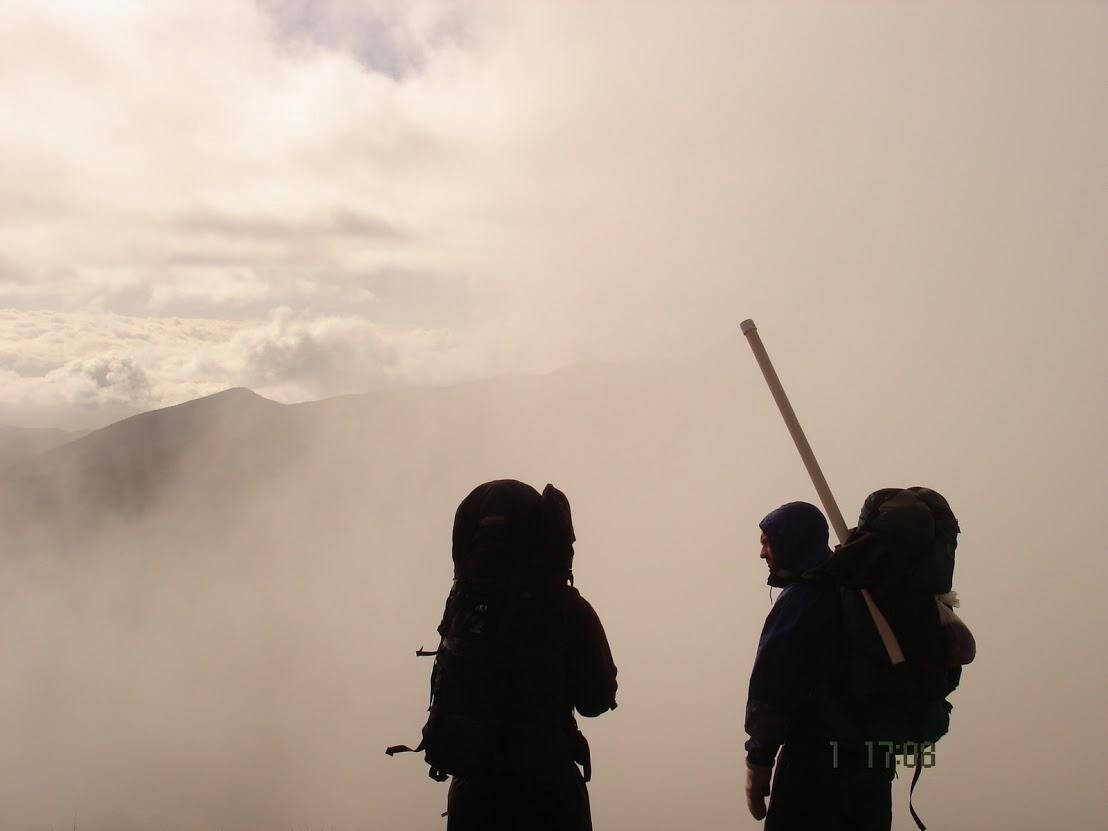 So, after a backpacking adventure to New Zealand, I dove in to an art education. Initially I started at the Art Institute of Colorado, but I met someone who eventually persuaded me to check out Ringling College — famous for computer animation.

I’m grateful he did, because it is where I met the love of my life, with whom I now have two amazing children. Ringling’s value for me, above anything else, was an environment of hard working, passionate young people.

I studied Animation, without knowing then if I wanted to go into film or gaming — but wanting to be capable of both. In the end I had some opportunities to go to Pixar or Dreamworks (which is really what that major is geared for), but ultimately I felt called towards the interactive worlds only possible in gaming. I felt then what I know now; gaming is the best place to create experiences and worlds to explore, and share them with others. Though the reality is that there are lots of limitations, it feels potentially limitless. This is especially true as I look into the future, which I think is bright and exciting for our growing medium.

In the Computer Animation major our thesis is an animated short film we produce entirely on our own (or sometimes with a small team). I went less in the route of a true short with beginning, middle, and end. Instead I wanted to just open a window to a fantasy setting, and if being honest, just make cool stuff. By then my proclivity for modeling and texturing was clear — that’s what I enjoyed the most, despite having a huge respect for the craft of animation. I had been teaching myself more about game art on the side, and while the short is all pre-rendered, everything was made as if it were game art — simple low poly models with normal maps, which I don’t think anyone else in the major was doing at the time. I wanted to practice the techniques for the industry I was more interested in, despite not having to use those methods. It's pretty cringy to watch now of course, but I was proud of what I did with what I had and where I was at the time. 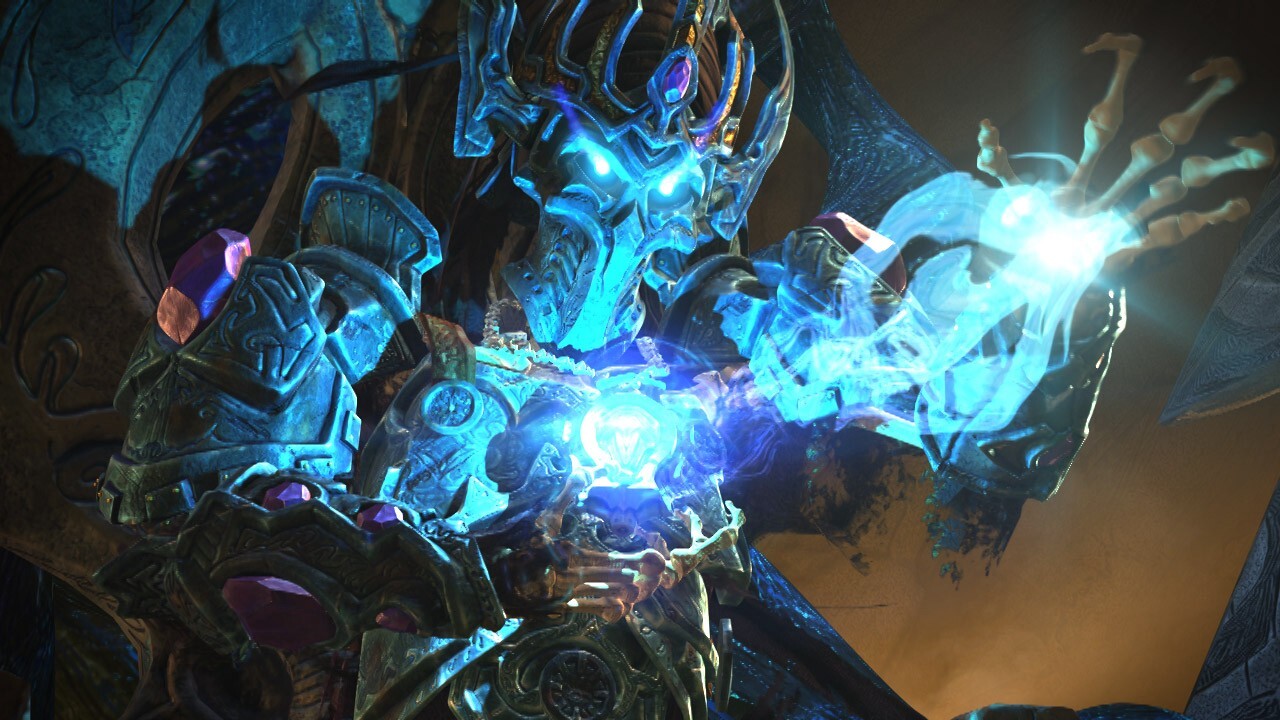 A shot from my old student thesis short.

In the gaming industry I found what I was looking for and craving since my path became more clear. I believe that this is one of the most challenging, engaging, ever shifting, fascinating lines of work one could be a part of. The opportunities are vast and ever expanding, as are the challenges — both intellectual and technical. It can be a really stimulating space to be in — and I’m proud to work among the amazing people that make it what it is. 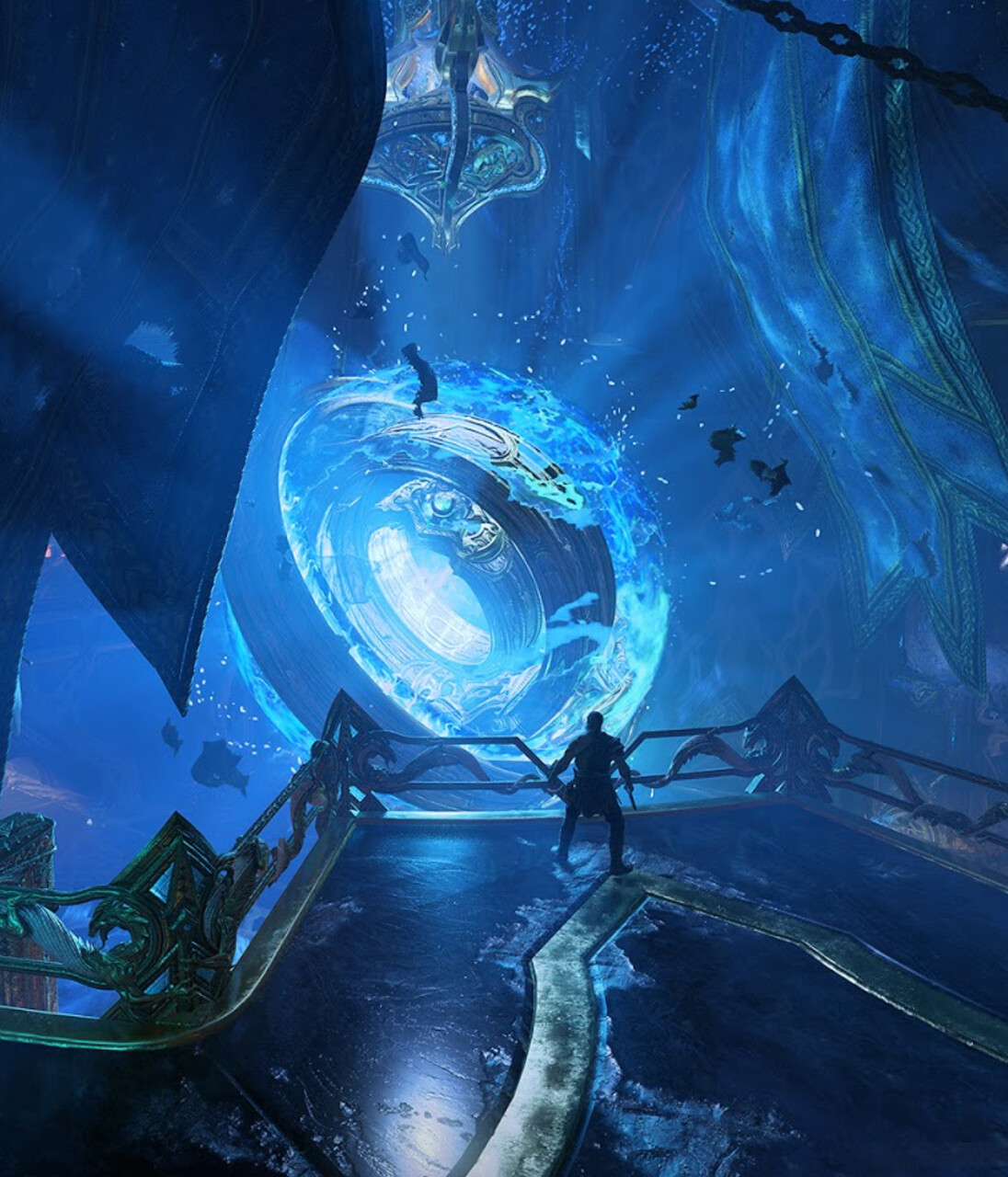 I wanted to start in smaller studios as I think they necessitate greater and faster learning. I worked at Armature and Illfonic a bit before finding myself at Santa Monica Studio to craft the new God of War. I loved everything we accomplished there, and everything we built. Deciding to leave was quite difficult, but the desire to help build something new and to explore more of my multifaceted art production interests led me to the fantastic team at Bonfire and onward, allowing me to meet and be inspired further by lots of great people.

It may sound tacky, but I'll always be attracted to companies and teams that truly value the bonds we form as people doing this work together as much or more than the work itself. The future of our industry is bright and full of possibility. I think it's important to be invigorated and excited in this line of work, and maintaining that outlook has a lot to do with who you do it with. Who knows... maybe someday we'll make something together!

The Road goes ever on and on,Down from the door where it began.Now far ahead the Road has gone,And I must follow, if I can,Pursuing it with eager feet,Until it joins some larger wayWhere many paths and errands meet.And whither then? I cannot say.